In under two and a half hours after takeoff, from Baltimore to Boston, your plane is flying over Bermuda’s colorful barrier reef and white rooftops. You will see the ocean surrounding the island is almost gemlike, but then you will be asking yourself how it is so high north and yet so tropical. Help us spread the word about Bermuda’s location by sharing the post after you are done reading it. 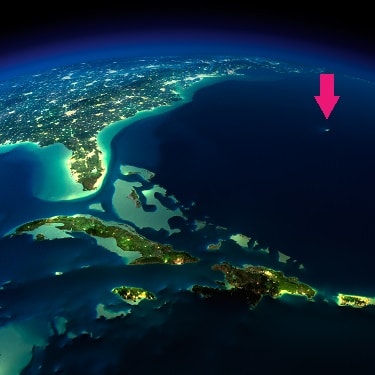 Bermuda’s pirating history deserves much more than a simple paragraph on a numbered list. It is enthralling and exciting to read. During the 1700s, the island did not have much natural resources to reap. What they did have though, is what the ocean provided, along with the sturdy cedar trees that grew all over the island. Therefore, it made sense then, that they turned to shipbuilding and privateering – or in other words, piracy. I have always thought this was one of the many reasons why people believe there is a Bermuda Triangle. Just a bunch of pirates really.

The Isle of Devils, as it was called, was a strategic location when ships would sail between England, Spain, and France, and the Caribbean and the New World (North America). Bermuda was famous for not only capturing merchant ships that made the mistake of sailing into the wrong local waters, but they also plundered all the way from Boston to the Turks Islands and Bahamas. Privateering died out in the early 1800s, and as fearless as Bermudians were in those days, Bermudians today are some of the friendliest people you will meet. 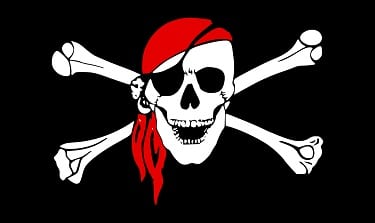 3) You are able to snorkel up to seven miles offshore

In an area called Eastern Blue Cut, you are able to snorkel over a coral reef ecosystem that rises from 35 feet off the sandy bottom up to 3 feet under the surface. If you are brave enough to head over towards the ledge, where the coral reef sharply drops off and you start to enter the Atlantic Ocean, you are able to easily see straight down 100 ft on clear days. You may see a school of large black groupers or an eagle ray halfway down swimming next to the ledge.

Bermuda’s coral reef has mostly, if not all, arrived from the Caribbean, Bahamas, and Florida through the Gulf Stream. The same Gulf Stream that carries the warm current has created this tropical oasis in the middle of the Atlantic Ocean. 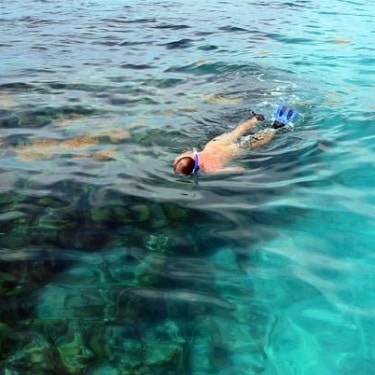 The Goslings brothers, James and Ambrose came to Bermuda in 1806 with £10,000 in wine, spirits, and products brought over from England with them. The problem is, they were heading for America, but as it happened to many other ships at that time, they ended up in Bermuda and did not leave. In 1860, the sons of Ambrose had the first oak barrels of black rum shipped in from England. After testing and perfecting a new blend of black rum at that time, the family has continually been selling their rum to Bermudians and rum drinkers world-wide. The family today has three blends – Black Seal Rum, Gold Rum, and Old Rum. They also sell Rum Swizzle in the bottle, Dark ‘N Stormy in the can, pre-made Rum Swizzle, and Stormy Ginger Beer. Read more about the Goslings history, here on their website. We also offer Rum Tastings on our Excursions Tab. 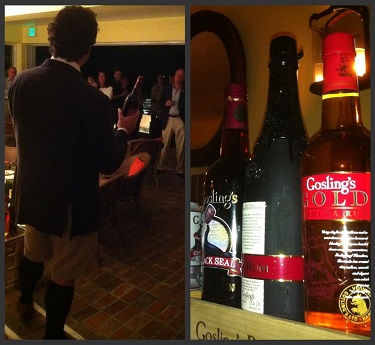 Bermuda has few freshwater wells and no natural rivers. This means that early Bermudian settlers had to be creative with collecting their drinking water. The famous white rooftops have gutters that catch the water and direct it into a caged off drain to prevent most debris from falling in. The water fills up an underground tank that every house has, and after passing through a filtration system, it is safe to drink. If you happen to run low on water in your tank, you need to call the water truck and have them deliver a truckload of water to your house. 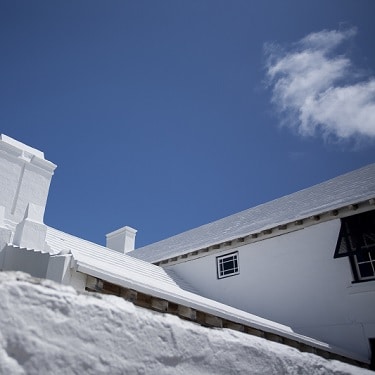 4 responses on “5 Interesting Facts About Bermuda”