The World Shows Bermuda Love in 2013

Let’s talk about a list we ARE NOT part of – The World’s Most Dangerous Oceans.

1) World’s Most Dangerous Oceans – Not Listed

People around the world love to talk about the infamous Bermuda Triangle. Every few years, the Discovery Channel and National Geographic both love to broadcast a show dedicated to the mystery. Then there is also the Dragon’s Triangle on the exact opposite side of the world. Plus, the hundreds of shipwrecks.

So we understand where folk’s fears are coming from.

But let us dispel those fears.

There Bermuda Triangle IS NOT real. As you can see from this article in the link above, Bermuda DID NOT make it on the list of the world’s most dangerous oceans. There may be hundreds of shipwrecks, but these are from decades ago when sailors were leaving the Old World for the New World. Bermuda is right in the middle of their path, and so it was only natural the island would see some visitors eventually. Their wrecked ships were not the reason why they didn’t leave though, it was the island’s natural beauty that made them settle.

Now that we had some fun talking about myths and legends. Let’s talk about what Bermuda has recently been recognized for, their beautiful, pink sand beaches, top-class resorts, and crystal clear waters.

Back in May of this year, CNN recognized Bermuda as having one of the best beaches in the world by including it in their top 100 list. Warwick Long Bay on Bermuda’s South Shore came in at #29 on the list.

It is still an honor to be labeled among the best beaches in the region though. When the author could only choose 13 beaches for the list, we are happy to see they included our island with Warwick Long Bay ranking at #10. 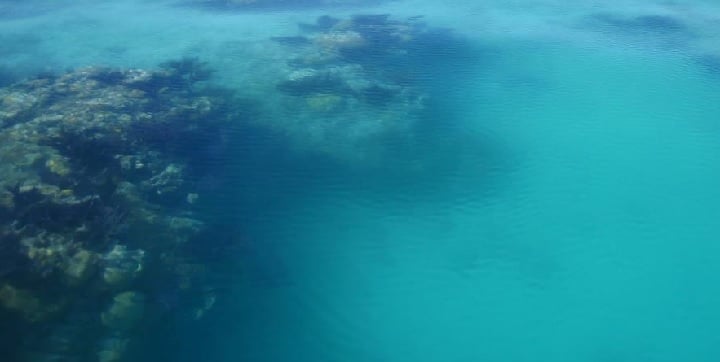 It is perfectly understandable that we would make this list. Bermuda’s clear waters were recognized as some of the best in the world. As a child, I remember fishing 5 or 6 miles out over some deep coral reef. The water could have been 80 feet deep and we all saw straight down to the bottom pulling the bait up out of the water because we didn’t want to catch a particular fish that was biting at the line on the bottom.

Other times scuba diving, I remember jumping off the back of the dive boat with a big splash with all my gear on and then once the bubbles cleared, I could see as clear as day a 165′ shipwreck sitting perfectly on the bottom. This was in 80 feet of water, looking down on the shipwreck, the Hermes, which lays on the bottom about 1 mile off the South Shore.

Bermuda’s waters are exceptionally clear because in my opinion, we are in the middle of the ocean far from other cities and ports. With less opportunity for pollution and surface runoff along with the powerful Gulf Stream constantly carrying freshwater past the island, we really do have some of the clearest water in the world.

5) Condé Nast has a serious crush on Bermuda!

Condé Nast has a serious love affection with Bermuda – and rightfully so! Bermuda is amazingly beautiful and unique.

Here is another list we have made it on, for the top resorts in the Atlantic:

Tell us in the comments what list you would put Bermuda on!