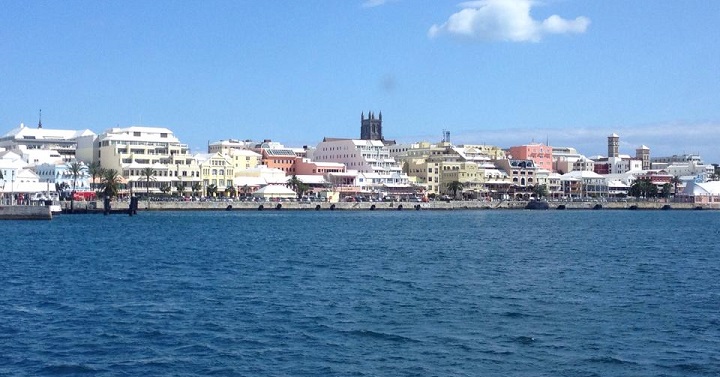 Excitement is awash at the pink beaches of Bermuda with the announcement that the first stage of the 35th America’s Cup is to be held here in October 2015. People look forward with eager anticipation to see the azure waters dotted with wing sailed catamarans vying with each other for the Cup. From the October 16th to 18th, 2015 will be the focus as every die-hard sailing enthusiast plans to gather in the tourist paradise of Bermuda.

Hamilton, the capital of the island of Bermuda, will be transformed into a race village for the public. Its waterfront will host the bases for the teams. Hosting professional events comes naturally to the people here who are also second to none in their hospitality and the local community has vowed “to make this a very special event”, according to the America’s Cup Team Leader in Bermuda, the Honorable Grant Gibbons.

Bermuda is also contending with San Diego to host both the challenger cup finals as well as the actual America’s Cup in 2017. The decision will more than likely be known by 1st December 2014 (or at some point during the month of December) and if Bermuda is successful, it will again be the center of sailing action and excitement in 2017.

It is a racing schedule spread over three years from 2015 to 2017. Every match awards points that will be taken into account. All teams that participate in races spread throughout 2015 and 2016 in what is called the America’s Cup World Series (ACWS). The points accumulated in the ACWS will be used for seeding in the America’s Cup Qualifiers (ACQ) races in 2017. And the first four teams from the ACQ will proceed to the Americas’ Cup Playoffs (ACP) resulting in a winner alone proceeding to be the Challenger of the 35th America’s Cup.

The teams taking part in the ACWS during 2015 and 2016 will race in wing-tailed catamarans in the AC45 class racing with speeds exceeding 40 knots. The AC45 will carry a team of 5. However, all the races in 2017 will be in the AC62 class which carries a team of eight crew members. The new rules state that at least 25% of the crew will have to comprise of nationals belonging to the challenging country.

This season’s defenders are the Oracle Team USA. They will contend for the Cup by racing against the top challenger. The coveted America’s Cup will go to the team which amasses 7 points first.

Short History of the America’s Cup

The much sought trophy is an exquisite bottomless ewer made of sterling silver and heavily ornamental. It has an endearing name, the “Auld Mug”, and was made in 1848 by one of the oldest British jewelers, Garrard & Co. The original value of the cup was a hundred sovereigns (as British Pounds were known to be called at that time).

The America’s Cup is a misnomer as far as the nationality of origin is concerned. The cup was the prize instituted by the British for the regatta organized by the Royal Yacht Squadron. The water for racing was the 53-nautical mile stretches surrounding the Isle of Wight. The 22nd August 1851 saw Queen Victoria overlooking the finish line. Commodore John Cox Steven, belonging to the New York Yacht Club (NYYC), entered and won the race with his schooner named “America”. This cup, won by the sailboat “America” was donated in 1857 to the NYYC and became known as the America’s Cup. The first challenge for the cup was held in 1870 where 17 schooners took part and was won by Franklin Osgood’s schooner, “Magic”.

Over the years, the craze for the regatta became so intense that in 1970 it was decided by the NYCC that the team to challenge the holder of the cup will be decided by holding a regatta for all the teams that wished to take. The winner of the regatta would be the ‘Challenger’ to the trophy holder.

The 35th America’s Cup holds all the charm of exciting fast racing featuring some of the world’s best sailors. In October 2015, the ‘Great Sound’ on the west side of Bermuda will be the cynosure of all eyes and the envy of the world’s greatest sailors!