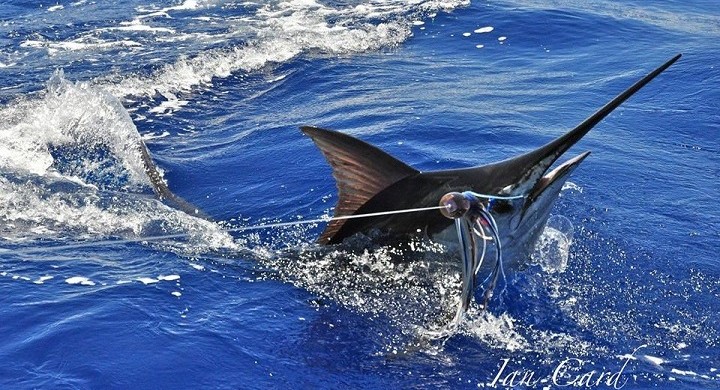 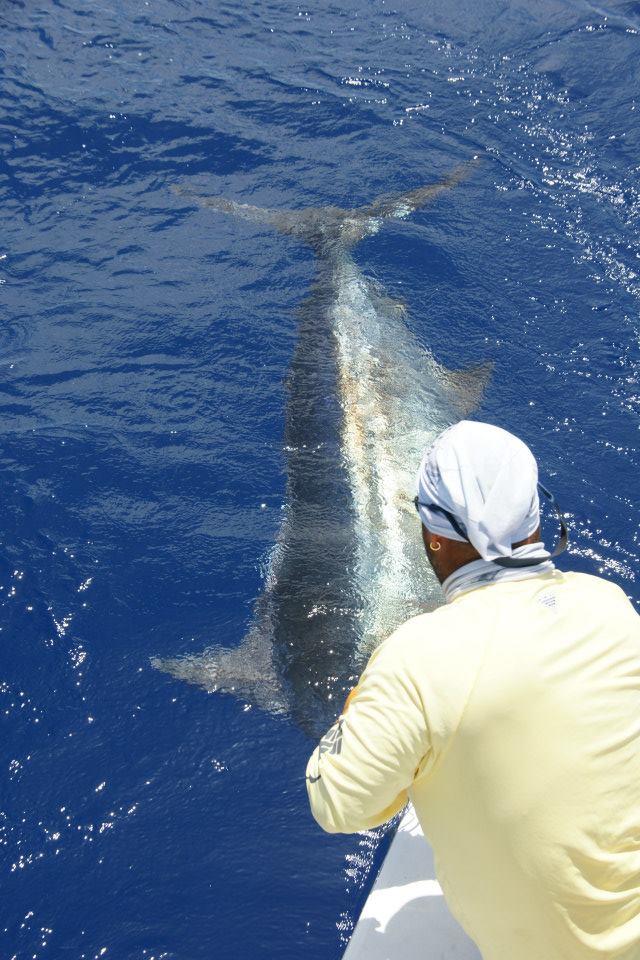 Just off the coast of sunny Bermuda, you can find some of the best saltwater fishing in the world. The waters are full of big blue marlin, yellowfin tuna, dolphin, sharks, and wahoo. If you’re looking to better your game or join one of the many exciting fishing tournaments, Bermuda is a great place to start.

Here is a summary of the major Bermuda Billfish Tournaments in 2013:

At nine years old, the Championship is a difficult marlin fishing challenge that highlights some of the world’s top teams. It is made up of the Bermuda Billfish Blast, The Bermuda Big Game Classic, and the Seahorse Anglers Club Billfish Tournament.

This year, 42 teams competed in at least one tournament, with 27 teams competing in the entire series. Each of the three tournaments included three full days of fishing with over $900,000 dollars being awarded in total in all the tournaments. This year 167 marlin were raised, with just a few of those brought to the scales, in honor of the world-wide catch and release policy on billfish.

The winners for 2013 were team Callie Girl with 3700 points. Team Fa-La-Me came close to becoming the first team to win the competition twice but came in shy at fifth place with 3500 points. You can read a full summary of the Championship on the Official Bermuda Triple Crown Website.

The Bermuda Big Game Classic started the tournament season this year and is one of the biggest Bermuda fishing events. Forty teams enjoyed Bermuda for this event, with a total of 57 fish caught, with one being over 856 pounds. Team Callie Girl won the tournament for total earnings of $141,900, with Fa-La-Me and Uno Mas coming in close with their second and third-place finishes.

It was on the locally owned boat Triple Play that reeled in the 856 lb blue marlin which netted them a total of $161,000 for the tournament with the Daily and Overall Marlin Jackpots.

The 2013 Billfish Blast had many highlights with 65 marlins released and three big blues brought to the scales. Team Sea Toy took home the first place award and it is worth mentioning that they were the first hookup of the tournament when they caught and weighed in a 547 lb blue marlin on the first day and then had time to head back offshore to release two more blue marlins to win the Daily Release Jackpot. They won the daily jackpot as well as the First Place Team award for their 6 blue marlins raised over the course of 3 days.

Team Blank Check won the biggest tournament of them all, the Blue Marlin World Cup Championship, which the Billfish Blast is played alongside at the same time as this tournament, but for one day only. The total earnings from the World Cup win along with the Bermuda Billfish Blast’s Daily Marlin Jackpots netted them over $450,000 in prize money in just three days of fishing. Their blue marlin weighed in at 668 lbs and this tournament win in Bermuda proved once again its waters are home to some of the largest blue marlin in the world. No other country catches a bigger blue marlin.

Team Impulse took second place and caught four blue marlins for over 2,000 points and $21,600. Team Mama Who, who fished with famous father/son fishing duo, Alan and Ian Card aboard their boat Challenger, brought home the third award in the tournament with a total prize-winning of $40,500 due to the Day Two Release Jackpot. 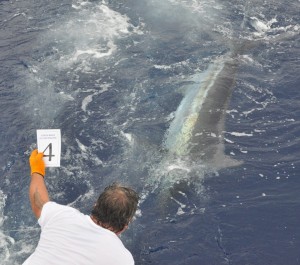 Well into its fortieth year, the Sea Horse Angler’s Club Billfish Tournament had a great run as the third part of the famous Bermuda Triple Crown.

Though they caught nothing on the third day, Team Mama Who who fished with Alan Card on his sport-fishing boat, Challenger, won first place with a 594 lb blue marlin brought to the dock on the first day and $40,050 in cash prizes. On the second day with just minutes to spare, Team Mama Who on Challenger had a double strike and raised and released both blue marlin to help contribute towards their tournament win.

Team No Vacancy brought in second place with a $13,500 cash prize and Team Tease Em caught a fish every day, earning 1500 points and third place and the award for the top angler. Read a full report on this tournament here. 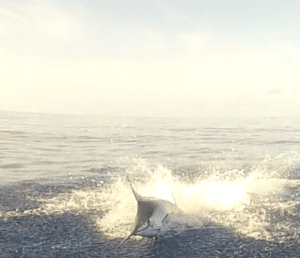 You do not need to win the tournament to win the most money here either due to the healthy-sized Daily Marlin Jackpots and the Overall Marlin Jackpot. El Cazador earned a total of $102,600 for their 622 lb weighed-in blue marlin and one other release.

Team Blank Check brought in a 668 lb blue marlin and took home the first prize of the World Cup Blue Marlin Championship. Prize money totaled over $300,000 for the heaviest marlin brought in around the world on July 4th, 2013. There is no second or third place in this championship. There were eighteen countries and regions showcasing in total, 130 teams that participated in the 2013 World Cup Blue Marlin Championship. Team Medusa in Kona, Hawaii was a close first contender, with their blue marlin weighing in at 660 lbs, but once again, close doesn’t cut it in this tournament. Overall, this was a tight, exciting event in beautiful Bermuda and across the world.

The third-largest fish weighed in for the Blue Marlin World Cup was also in Bermuda, which was caught by team Overproof. It clocked in at 641 lbs.

Fun Fact: It is also worth noting, Bermuda has now won the Championship a total of 8 times. Nowhere else in the world has won this tournament as many times as Bermuda. Bermuda can truly say they most frequently catch the biggest blue marlin in the world.

This year, the weather was beautiful and the fishing was even better. On this island, it is hard to go wrong with fishing, and the 2013 Billfish tournaments in Bermuda are a testament to the great saltwater sportfishing that takes place surrounding the island plateau.

What are you hesitating for! We can have you fishing with the tournament winning boat Challenger, or any of the other tournament-winning captains that are local here in Bermuda.

Contact us today to book a fishing charter in Bermuda to chase down the biggest blues in the world.